The term “Trail of Tears” signifies the various routes used for the forced removal of the five civilized Native American Indian Nations from their homelands in the east, to the Indian Territory, today’s eastern Oklahoma. All five of the civilized nations were removed through Arkansas, however only the Cherokee traveled through Benton and Washington counties. The Cherokee removal took place from 1838 to 1839. Around 16,000 Cherokees in seventeen detachments were forcibly removed. 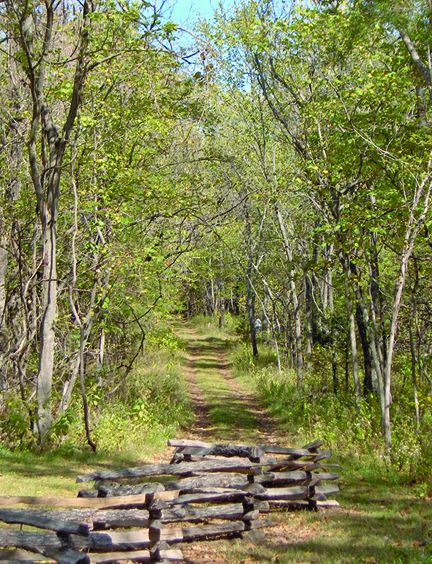 Four detachments came on the water route up the Arkansas River and thirteen came by land. Eleven of the land route removal parties traveled through Northwest Arkansas on the “State Road” that ran from Springfield to Fort Smith through Fayetteville. The road followed the general route of what would later be called the Telegraph Road or Old Missouri Road (pictured right), entering the state just north of the Pea Ridge National Military Park and tracking southwest toward Fayetteville. The Cherokees turned west at various locations toward their final destinations in Indian Territory.

The Benge Detachment came through Northwest Arkansas after traveling through the northern part of Arkansas and the Bell Detachment entered Northwest Arkansas after traveling alongside the Arkansas River and coming into the Evansville area from the river valley. The locations of the various routes are in various stages of confirmation and research. Based on the diaries of party leaders we know some of the specific dates and camp locations of the traveling Cherokees. The Richard Taylor contingent camped at the Elk Horn Tavern site in today’s Pea Ridge Military Park on March 18, 1839. Then, according to a journal diary, the group “…Traveled 15 miles to Cross Hollows [in present-day Lowell], ate dinner at Homesly’s, and came on 5 miles to Fitzgerald’s [in present-day Springdale].” On March 21, 1839, the diary entry records, “Thursday 21, cloudy and cool, passed through Fayetteville…got a mean meal at the Brick Tavern.”

One of the purposes of the Heritage Trail Partners is not to just mark the routes as lines on a map, but in addition tell the important stories associated with this tragic event in American history. 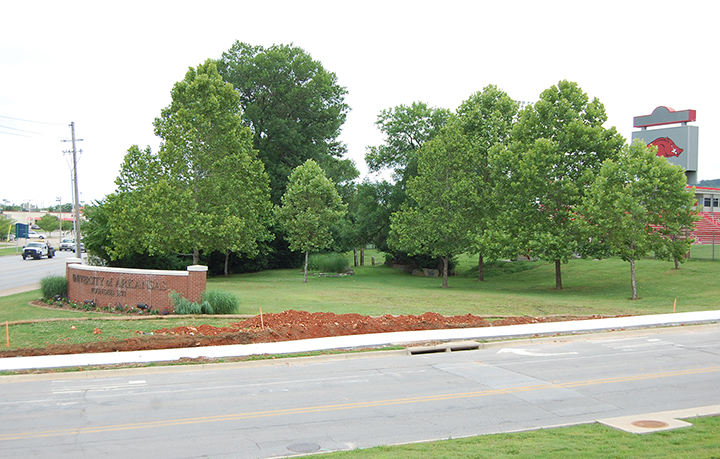 By Gloria Young
The Indian Removal Act was signed by President Andrew Jackson on May 28, 1830. This act put in motion the systematic removal of the Cherokees, Choctaws, Muskogee Creeks, Chickasaws, and Seminoles from their ancestral homelands in the Southeast to Indian Territory in what is today Oklahoma.

Settled by Anglo pioneers in 1827, Cane Hill is one of the earliest settlements in Washington County. The community was a witness to both Trail of Tears and Civil War activities.

The pioneer settlement of Evansville (in western Washington County) was named for Capt. Lewis Evans, a

The Mount Comfort community, now part of northwest Fayetteville, was settled about 1830. One of the first

The campaign that would culminate in the Battle of Pea Ridge began December 25, 1861 with the appointment of Brigadier General Samuel R. Curtis to command the Union Army of the Southwest.