On Monday, 10, 2020, August U.S. Senator John Boozman (R-AR) introduced legislation to designate the Butterfield Overland Trail as a National Historic Trail. Boozman made the announcement today during a visit to Fitzgerald Station (in Springdale, Arkansas), a stop along the historic route.

The trail was used to transport mail and passengers between St. Louis, Missouri; Memphis, Tennessee; and San Francisco, California, serving as the route of the longest stagecoach operation in history. Much of the trail traveled through portions of Arkansas.

“The Butterfield Overland Trail played an important role in our nation’s westward expansion. Designating it as a National Historic Trail is a fitting recognition for its contributions to the growth and development of our country and the state of Arkansas,” Boozman said. “For more than a decade, I’ve been working through the process to achieve this long overdue distinction. With the introduction of this bill, we are now one step closer to accomplishing this goal.”

In June 2018, the National Park Service (NPS) announced the trail meets the requirements to become a national historic trail after conducting a study to evaluate the significance, feasibility, suitability and desirability of designating the routes associated with it as a national historic trail. The study was required by a provision of Public Law 111-11 that was authored by Boozman during his tenure as Congressman for the Third District of Arkansas in the U.S. House of Representatives.

From 1858-1861, the Butterfield Overland Mail Company held a U.S. Mail contract to transport mail and passengers between the eastern termini of St. Louis and Memphis and the western terminus of San Francisco.
It became known as the “ox-bow route” due to its curved path comprised of approximately 3,553 miles of trail routes in eight states: Missouri, Tennessee, Arkansas, Oklahoma, Texas, New Mexico, Arizona and California.

The routes from St. Louis and Memphis merged in Fort Smith, and the Butterfield Overland Express stagecoaches traveled through much of the state. Stagecoaches made stops between Memphis and Fort Smith in St. Francis, Prairie, Lonoke, Faulkner, Conway, Pope, Yell, Logan, and Franklin counties. The northwestern route that came out of Missouri included stops in Benton, Washington and Crawford counties.

Four segments of the roads that the Butterfield Overland Express traveled over in Arkansas have been listed on the National Register of Historic Places. The Potts home, a well-preserved Arkansas way station for the Butterfield Express, is still standing in Pope County and is maintained as the Potts Inn Museum on Highway 247 by the Pope County Historical Foundation. 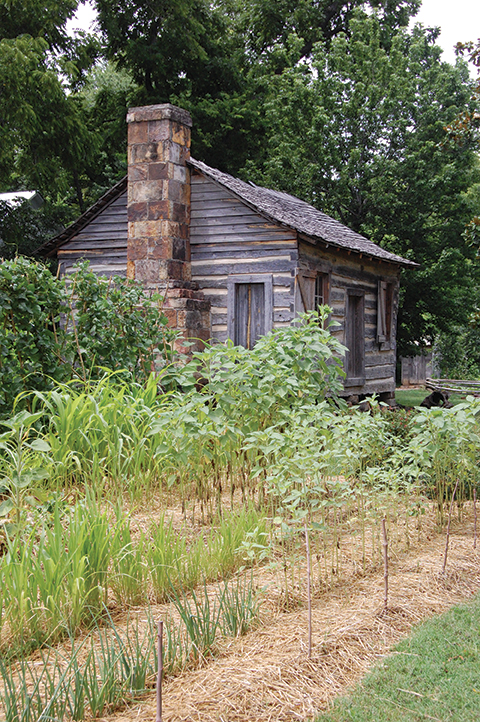 The museum is located along the route traveled by the 1837 Cannon detachment and the 1839 Taylor detachment of Cherokees on the Trail of Tears. Nearby is Fitzgerald Farmstead, a registered site on the Trail of Tears National Historic Trail and also a stop on the Butterfield Overland Mail route. Museum exhibits include a small display on the Civil War in the Arkansas Ozarks.

The Shiloh Museum is located on the Razorback Regional Greenway, making it a great destination for bike riders.